#065 Anti-Racism: A Together Agenda with Olukemi Ogunyemi 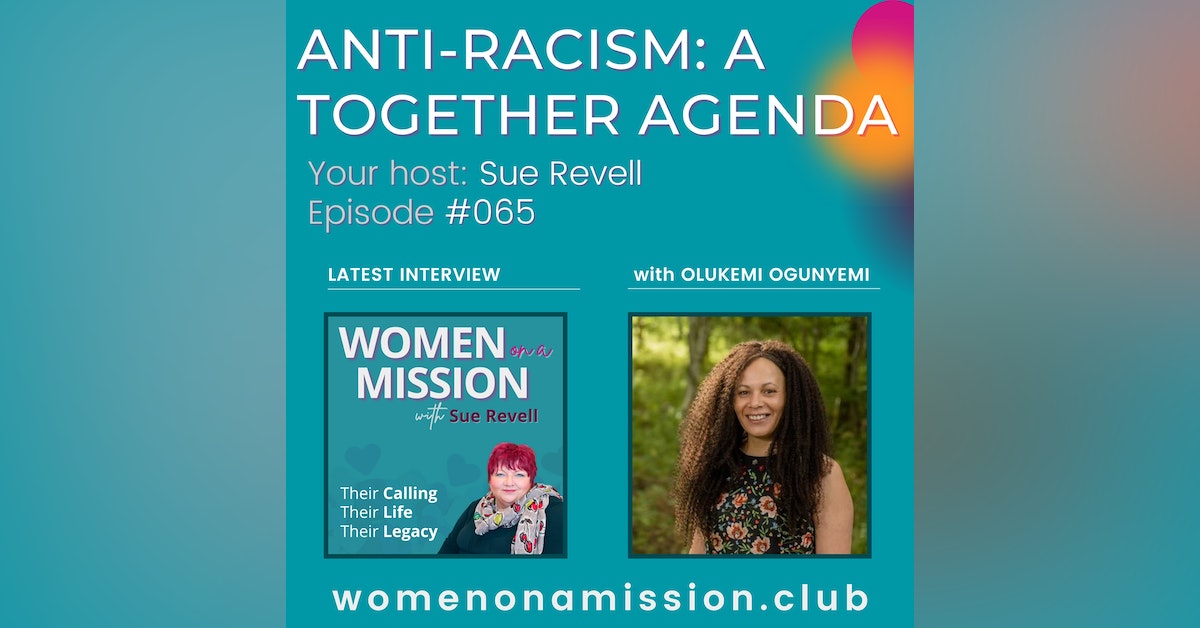 The moment where George Floyd died, and the Black Lives Matter movement was born, changed the trajectory of a lifetime for Olukemi Ogunyemi. Racism, violence and abuse, further complicated by the trauma of living with anorexia, were layers of a lifetime that she consigns to not knowing any different; until international outcry and condemnation gave permission for a completely different conversation.

Telling her story became the thing that Olukemi couldn’t not do. Spurred on by the permission suddenly created by white people taking responsibility and initiating action to create change, Olukemi started writing. Hearing other people saying ‘it’s not ok’ compelled her to share her life experience, determined to challenge racism and create a world that would be different for her children and grandchildren.

In this deeply challenging conversation, body therapist and author Olukemi Ogunyemi shares the story of her upbringing in Scotland as a mixed-race child, and brings her book “Brown Girl in the Ring” to life. It’s a conversation about the trauma of experiencing racial abuse and the responsibilities of individuals, communities and organisations to raise awareness of racism (personal and institutional), create impactful change and build a better future.

Made all the more pertinent by the Sheku Bayoh Public Inquiry, currently being heard in Scotland, this episode is for anyone who wants to learn more about how anti-racism can and must be everyone’s agenda if we are to build a safe, tolerant and compassionate future. It’s also for those who are interested in developing their understanding of personal identity and how knowing who we are reduces the risk of violence and harm in our communities.

MORE ABOUT MY GUEST: OLUKEMI OGUNYEMI

Olukemi Ogunyemi is a highly successful body therapist who also speaks and blogs on racism and transgender issues. In her book,  Brown Girl in the Ring, she tells of her momentous struggle growing up as a mixed race child in Scotland. She describes in horrific, gut-wrenching detail the acts of racism that continued into adulthood and wreaked havoc for her as a wife and mother of four children.

Olukemi is on a mission to tackle racism head on through compassion and not blame and, in doing so, to create a different world and a better future for her children and grandchildren.

Olukemi’s full bio and contact details can be found on her personal guest page.

ABOUT YOUR HOST: SUE REVELL

Sue is on a mission to STOP women playing small so that they can create the legacy they want to leave in the world.  With over 30 years coaching and leadership experience, Sue loves nothing more than disrupting the unhelpful thinking that often holds women back, so that they can think, dream and BE bigger in leading the change they want to see.  Coaching internationally, Sue’s clients are primarily world-changing women who want to lead with confidence, increase their impact and live a life that matters.

TO CONNECT WITH / HEAR MORE FROM SUE:

Join the Women on a Mission Community:  Facebook Group

RESOURCES REFERENCED IN THIS EPISODE:

Brown Girl in the Ring by Olukemi Ogunyemi 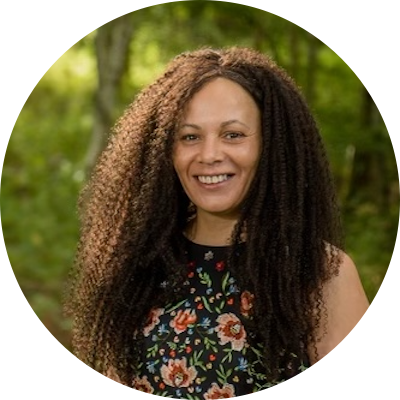 Olukemi Ogunyemi is a highly successful body therapist who also speaks and blogs on racism and transgender issues.

In her book, Brown Girl in the Ring, she tells of her momentous struggle growing up as a mixed race child in Scotland.

"She describes in horrific, gut-wrenching detail, the treatment she received at the hands of the so-called ‘good people’ of Scotland; acts of racism that continued into adulthood and wreaked havoc for her as a wife and mother of four children.

Her captivating story calls out unconscious racial bias – even in her own family – but through the obvious pain and suffering, she still allows her sense of humour and her deep love for her husband and children to shine through.

Not content with just telling her story, Olukemi spells out her quest to tackle racism head on, but not with a call to arms. Forget anger and finger-pointing and think more sit down chat with someone who understands. She lives and breathes compassion not blame. Brown Girl in the Ring is a beautifully crafted, deeply personal memoir; not only is it the ultimate message on how to put an end to racism, it is a true story for our times."